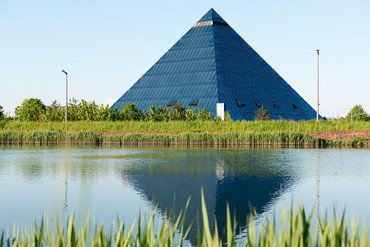 The Excelsior Hotel Nuremberg Fürth lies at the banks of the Main-Danube Canal between Fürth and Nuremberg. The ideal location guarantees a comfortable arrival.

Arriving at the Excelsior Hotel Nuremberg Fürth by car

Arriving at the Excelsior Hotel Nuremberg Fürth by public transport

From Nuremberg, take the U1 underground line to Fürth Hauptbahnhof (main train station). The journey takes approximately 15 minutes. Then take the 179 bus to Fürth Europaallee. From there, it is a one-minute walk to the hotel.

Please take the U2 underground line to Rothenburgerstrasse. From there, take the 113 bus to Nürnberg Rothenburg/Sigmundstrasse and then the 179 bus to Fürth Europaallee. The hotel is barely a walking minute away. The total journey takes approximately 50 minutes.

From the train station, take the bus line 177 to Fürth Europaallee, which takes around 17 minutes. The hotel at house no. 1 is just a minute's walk away.
By taxi, the journey takes around 10 minutes and costs less than EUR 10.

The journey by car takes around 17 minutes.  By taxi, you will pay around EUR 25.

Arriving from Nuremberg airport by car